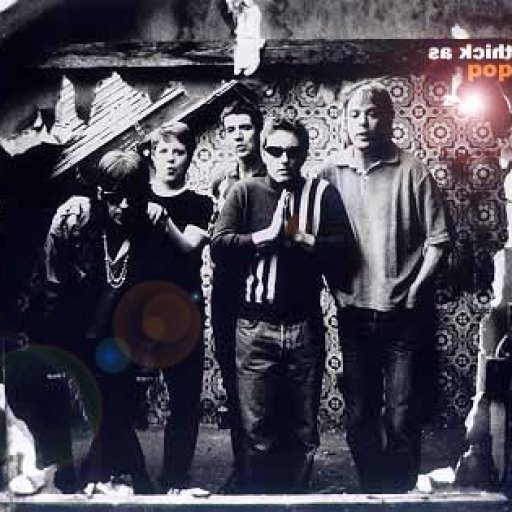 Photograph by Irving Miskell Reid Some Press:- The band, their music and their live shows have been well received in the media. Here's the press kit: Album Review appeared: Mojo / February Writer: James McNair "A slightly confusing debut but one bolstered by some superb three-part harmonies, playful yet acute lyrics and that perennial favourite, the cleverly structured pop song. How much more mileage there is in the Scottish fixation with the West Coast sound is debatable but, like a scuzzier yet somehow more mainstream Teenage Fanclub this lot argue the case convincingly. Clearly Kit Clark 's talent was somewhat subsumed by his brother Gary's in Danny Wilson." Album Review appeared: Vox / January Writer: Stephen Dalton "The prevailing mood here is defined by Teenage Fanclub-esque powerpop belters such as I'm In Love and The Wall of Pain. There's more than a whiff of Alex Chilton's bittersweet twang to fuzz-pedal serenade The Luckiest Man In The World, while A Girl I Don't Know is a sublime, slightly stoned falsetto love letter to a stranger." Live Venue: Borderline, London Review appeared: Time Out / 7.1.98 Writer: Rosie Wilby "This live date coincides with the release of a sel-titled album, the making of which forms a disaster-ridden tale of a persistent band winning through in the end. And the resulting twelve songs are an impressive display of energetic, catchy, crunchy song-writing. Suicide particularly, is fun and funky with a singalong chorus which Teenage Fanclub would no doubt steal if they were they not such nice chaps, while the I Don't Know What To Say and And A Girl I Don't Know are endearingly sweet ballads with wobbly organs and downbeat acoustic strummery in all the right places." Live Venue: Borderline, London Review appeared: London Evening Standard / 7.1.98 Writer: Max Bell "These chaps provided a splendid reminder of the simple joys of harmony and structure with a selection of numbers from their self-financed debut disc. The mordant Wall Of Pain - shades of Springsteen here - and the semi-shocking paen they call Suicide, complete with the coda from Lennon's Mother, merely emphasised what the major labels are missing if they don't check Clark and company out soon. He (Clark) is an extremely gifted vocalist with the kind of charm that doesn't need unnecessary attitude to convince an audience." Live Venue: Radio Scotland Live At Lemon Tree Session Review appeared: The Scotsman / 29.11.97 Writer: Tom Morton "There is a real magic in hearing unfamiliar music on the radio that reaches out and shakes you with its brilliance. On Sunday, driving home I tuned into Radio Scotland to hear Anne Marie Middleton say something amid applause about a song called Let's Go To Wick. The idea of a song about that Caithness town was almost enough to send me sliding off the road in excitement. At last, justice for Wick! And then I heard some acoustic guitars and shimmering harmonies slide into what was clearly a Danny Wilson-esque song structure, this time called I'm In Love. The Lyrics were brilliantly sardonic and also very naughty indeed. Hugely impressed I determined to buy the album when it came out. And then the following day the itself - not due until January - arrived out of the blue. It was as if some divine plot was under way by which I was to be convinced of the band's brilliance. Enough, already, I am."