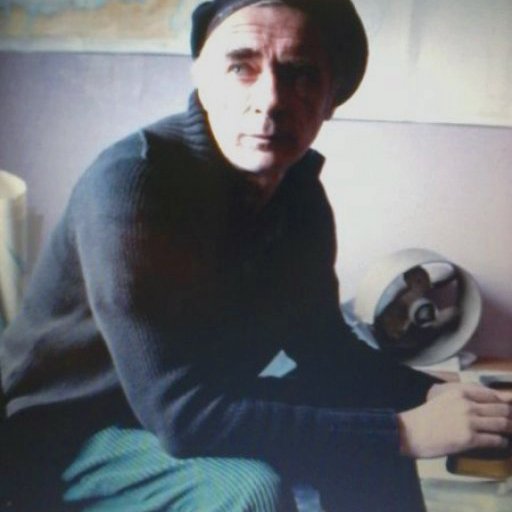 Michael Marra was one of Scotland's most prolific songwriters, and a much loved & respected figure in the entertainment business. He died in October 2012 and is sadly missed by his family, many musical collaborators and friends. Michael's family paid tribute to him in a statement saying " We are devastated by our sudden loss but are comforted by the kind words of so many people who loved Michael, his music and his spirit. His life's work has told our family story and the story of his beloved Dundee. Michael's songs are his legacy, given to Scotland by one wee boy from Lochee"

Michael was keen to bring the   El Sistema Orchestra Project for disadvantaged children to Dundee. His family have established a Trust Fund called  " Optimistic Sound - A Michael Marra Memorial Music Trust for the Young People of Dundee" with Blackadders. Solicitors in Dundee to help facilitate this project. More information on Optimistic Sound can be found on their website.

You can also keep up to date with news of events, releases and anything else which preserves and celebrates Michael's legacy on an official  Facebook page managed by the Marra family.

Michael Marra was brought up in the Lochee district of Dundee. His first public performance was at an NCR Christmas party in the 1950s Although predominantly known as a songwriter, Michael has worked extensively in theatre, radio and television. To most he was a solo performer touring the length and breadth of Britain, performing in arts centres, theatres, folk clubs and village halls. He had opened for such diverse performers as Van Morrison, The Proclaimers, Louden Wainwright III, Barbara Dickson and Deacon Blue.

In 2006 he had performed both in Washington DC and Melbourne, Australia in the show 'In Flagrant Delicht' which was devised in collaboration with poet and playwright Liz Lochhead. In theatre Michael had written original music and worked both as an actor and musical director. His own operetta 'If The Moon Can Be Believed' was performed at Dundee Rep to sell out audiences. He collaborated with Graham McLaren of Theatre Babel on a new production of 'The Demon Barber' for Perth Theatre having previously worked with him on Liz Lochead's "Beauty and The Beast". Michael also provided the narration on Christine Hanson's CD featuring her original music set against Robert Service's epic poem The Cremation Of Sam MacGee. He also performed original songs with the Scottish Symphony Orchestra, the Scottish National Orchestra, Concerto Caledonia, Mr McFall's Chamber, and his own Quintet. He had dueted with Patti Smith, Eddi Reader, Karen Mathieson and Karine Polwart.

In 2007 Michael was awarded an Honorary Doctorate by Dundee University in recognition of his contribution to the cultural profile of his home town and in 2011 he was made an Honarary Doctor of Letters by Glasgow Caledonia University. He also won a  prestigious Herald Angel Award in 2010 for his performance at The Acoustic Music Centre during the Edinburgh Fringe Festival.

His play St Catherines Day played to enthusiastic audiences at both Oran Mor in Glasgow and Dundee Repertory Theatre. An exhibition of his unique portraiture prints was shown at The Bank Street Gallery. He had collobarated with award winning choreographer Frank McConnell and his Dance Company, Plan B on Parallel|Parallels and A Wee Home From Home.

His songs have been covered by a wide range of artistes including Sylvia Rae Tracey, Coope Boyes and Simpson,Rab Noakes, Eddi Reader, June Tabor, Martin and Eliza Carthy and Loudon Wainwright.

Michael's most recent CD was released on Tob Records in March 2012. Titled "Houseroom", it's a 6 track collaboration with The Hazey Janes , one of Scotland's finest contemporay bands.