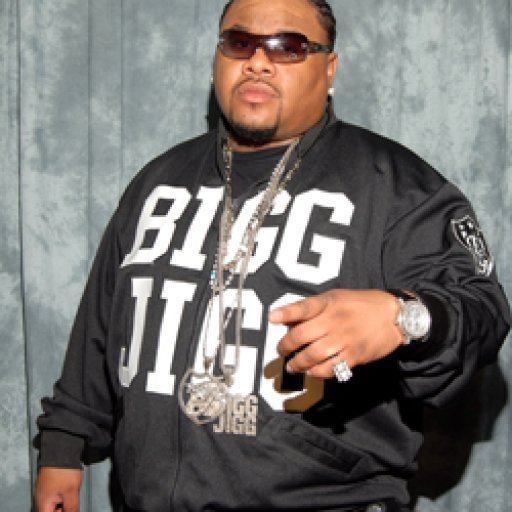 Bigg Jigg
@bigg-jigg
joined April 02, 2010
Over the past nine years, rapper and writer Bigg Jigg has been on his grind and is now ready to prove why he is the next top Hip-Hop artist out of the...

Read Full Biography
Biography
Over the past nine years, rapper and writer Bigg Jigg has been on his grind and is now ready to prove why he is the next top Hip-Hop artist out of the Midwest. The Chicago born rapper has taken his animated style and intense lyrical ability and created a movement that stems from his hometown throughout the Midwest and all the way down to Florida.

Bigg Jigg found his place in the game and made his official introduction to the world back in 2005 on B.E.T’s 106 & Park Freestyle Friday. A knock out performance gave him the recognition he had been working and waiting for. He was the reigning champ for 4 consecutive weeks, and that was just the push he needed to launch his music career. “Life has a way of placing you in the right place at the right time,” Bigg Jigg says.

Bigg Jigg’s exposure and fan base emerged with an unstoppable force following his appearance on B.E.T. Since then he has toured in over 30 cities; appeared on numerous mixtapes with well known DJ’s such as DJ Drama and DJ Smallz; and appeared on several radio and television shows, including two appearances on NYC’s Video City, with host Nina B. Bigg Jigg also was a featured performer in Ohio, Florida and Virginia at the Hot Import Nights Car Show sponsored by Boost Mobile. Coming in July of 2009, you will be able to see Bigg Jigg again in XXL magazine.

Fall 2009 will see the release of Bigg Jigg’s debut album, “The Go 2 Man,” which features appearances by Yung Joc; The Game, of Black Wall Street; Alfamega; and a few others to be announced. With this first album however, Bigg Jigg does not want to capitalize on guest appearances. “I steered away from doing a whole lot of features because I want the world to really feel me,” Bigg Jigg says. “I want to prove that I do not need other artists to make my music hot; I’m all I need.”

The idea behind the album The Go 2 Man is simple: “It’s who I am,” Jigg says. Bigg Jigg got the nickname The Go 2 Man because he always has what the people need. “I feel like I’m a supplier. People gotta go somewhere to get what they need, and I am the one they go to,” Jigg says. “I am the type of artist that can see what the streets need and that’s exactly what I give them.” The Go 2 Man is an album that people will really relate to. Every track he lays down is meaningful and will touch listeners across the nation. It explores all areas of life from partying and being on top, to surviving, grinding and pursing your dreams.

In such a short time, Bigg Jigg has managed to turn his dreams into reality, but music was not always part of his life plan. He began his music career back in 1999. “I had some homies that were rappers and they wanted me to do a record with them, for fun, just to see how it would sound,” Jigg recalls. “I did it, but I didn’t take it too seriously at the time.” After receiving positive feedback from his friends and others, who thought his lines on the track went hard, Jigg decided to explore the music game. In 2001 Jigg hooked up with R&B singer Janet to do his first official track titled “Let Me In.” “When I saw the response to the track I started to see my potential and really take music and my natural abilities serious,” Jigg says.

In addition to his music, Bigg Jigg has his own publishing company, called Go 2 Publishing that he is working to build up. He also plans to expand into artist development, using his struggles and successes to help other artists. “I want to make a pathway for other up-and-coming artists,” Jigg says. “There are a lot of artists out there that have the talent, but do not have the connects or the funding to get to the next level - I came from that. I want to be their outlet and help them reach their goals.”

It is a guarantee that with his continued work and dedication in the industry, Bigg Jigg will be a vying force in the Hip Hop game very soon.